Homenews Mr.AHMED ABDUL AZIM AMRO ALI, has been awarded with an honorary doctorate degree in the field of “Negotiations and Dispute Resolution”

Mr.AHMED ABDUL AZIM AMRO ALI, has been awarded with an honorary doctorate degree in the field of “Negotiations and Dispute Resolution” 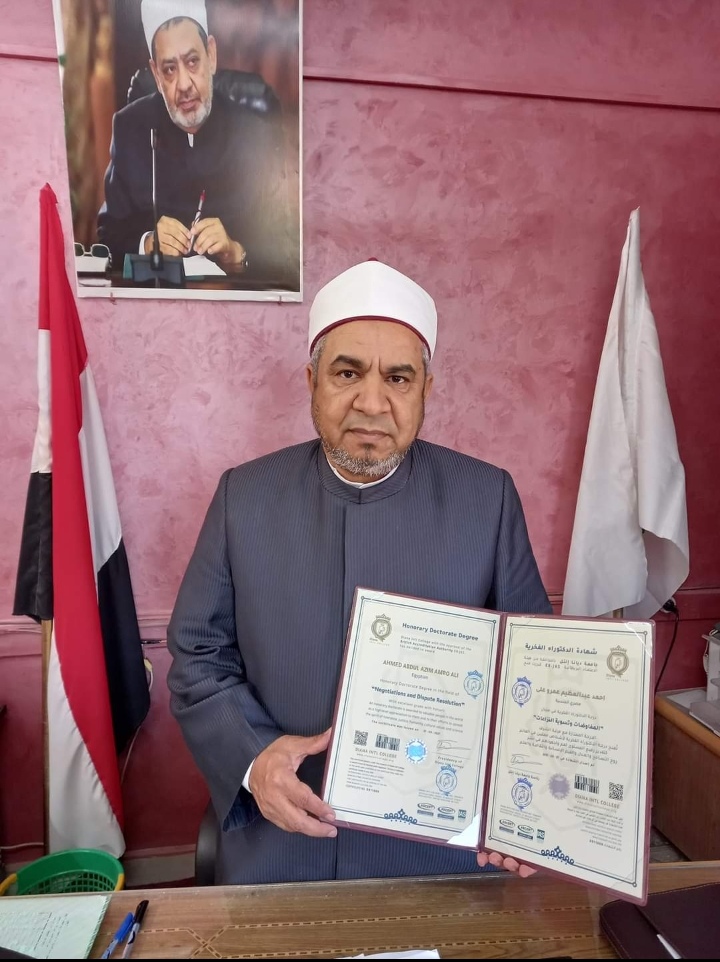 Diana Intl College, has announced the awarding of an honorary doctoeate degree in the field of " Negotiations and Dispute Resolution" to Mr.AHMED ABDUL AZIM AMRO ALI.

Mr. AHMED , has contributed to raising the rates of performance and knowledge in his field of specialization and proved his efficiency in more than one place.

Mr. “Ahmed”: From Egypt, he previously obtained a professional master’s degree in public relations and media. Below is a quick overview of the most significant stages of his career:

Chairman of the Higher Committee for Reconciliations in Al-Wadi Al-Jadeed Governorate.

Member of the National Campaign to Support the President of the Republic for Political Media, with the rank of Counselor

Member of the Anti-Corruption and Terrorism Committee

To visit the official website of Diana Intl University.

To apply for registration in professional programs " Master, Ph.D." from the link below: