Homenews Mr. Mouhammad Ahmad Atiya Al Alfy , has been awarded with an honorary doctorate degree in the field of "Autism and Psychology"

Mr. Mouhammad Ahmad Atiya Al Alfy , has been awarded with an honorary doctorate degree in the field of "Autism and Psychology" 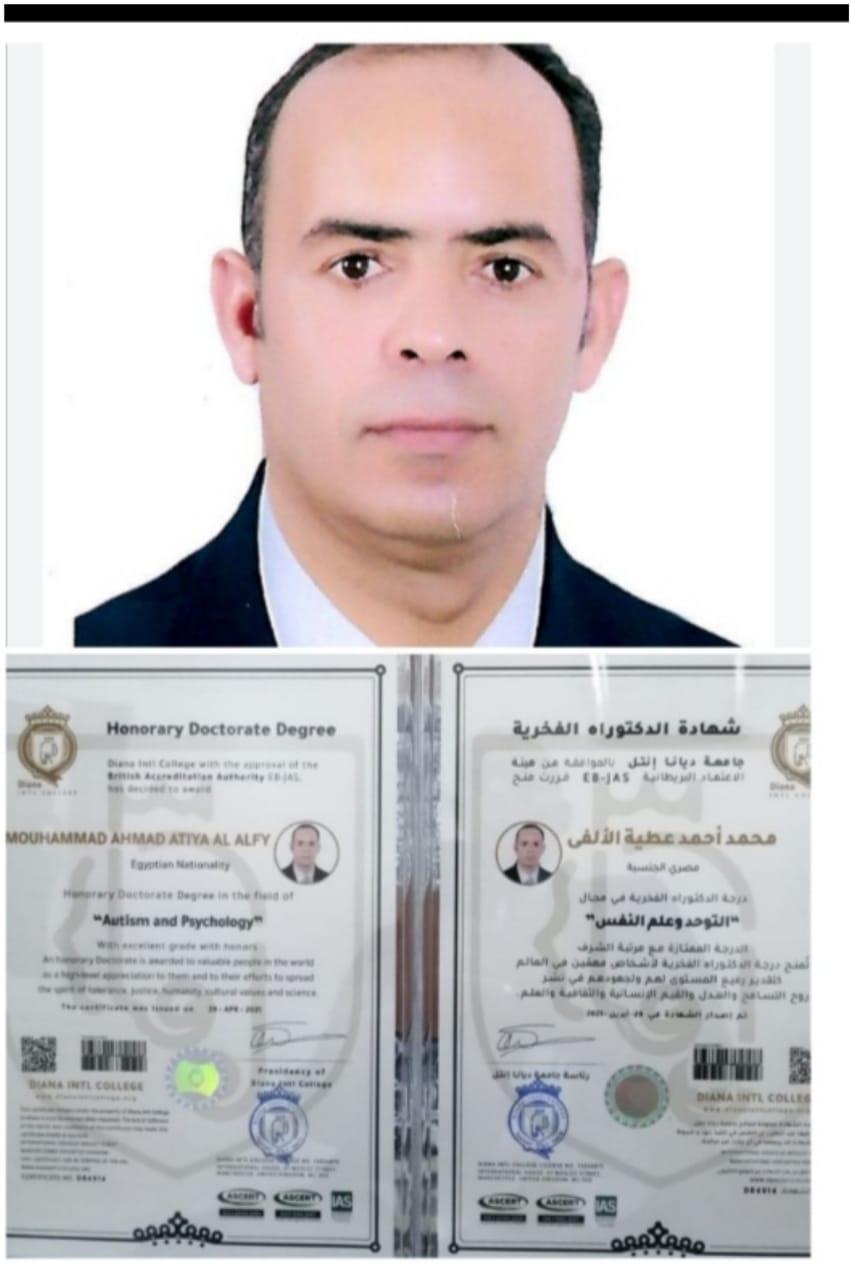 Diana Intl College, has announced the awarding of an honorary doctoeate degree in the field of "Autism and Psychology" to Mr. Mouhammad Ahmad Atiya Al Alfy.

Mr. Mouhammad Ahmad Atiya Al Alfy, has contributed to raising the rates of performance and knowledge in his field of specialization and proved his efficiency in more than one place.

Biography of Mr. Mouhammad Ahmad Atiya Al Alfy:
- Holds a Bachelor of Science and Education Degree 2002
- Postgraduate studies in special education, school administration, autism, communication, speech defects, language disorders and care for people with cerebral palsy and people with special needs
- Holds a Diploma of Learning Disabilities from the American University in Cairo 2014
- Holds a Master's degree in Communication and Speech Strategies, Methods and Techniques for Children of Autism in Early Childhood from the British Academy Approved Research System 2020.

To visit the official website of Diana Intl University.
https://www.dianaintlcollege.org

To apply for registration in professional programs "Bachelor, Master, Ph.D." from the link below:
https://www.dianaintlcollege.org/doctoral